Frozen fresh canned – what is most nutritious ?

By Jessica Brown 27th April 2020 Tinned and frozen fruits and vegetables tend to be seen as less nutritious than fresh versions. But that’s not always the case. I

In recent weeks, as shoppers have looked to stock up on food that lasts, sales of canned and frozen food have surged. Even freezer sales are up. But many of us are taught to believe that when it comes to fruit and vegetables, nothing is as nutritious as fresh produce.

By reaching for tinned or frozen versions, are we doing a disservice to our health?

When answering this question, it’s important to remember that food is most nutritious at the point of harvest, says Fatima Hachem, Senior Nutrition Officer at the UN’s Food and Agriculture Organization. Fresh produce starts degrading as soon as it’s picked from the ground or tree, because that ground or tree is its source of nutrients and energy.

“Vegetables destined for cooking fresh might lose some of their nutritional value if they stay for long on the shelves,” Hachem says.

Once picked, that fruit or veg is still using its own nutrients, breaking them down in order to keep its cells alive. And some nutrients are particularly vulnerable. Vitamin C, which helps the human body absorb iron, helps reduce cholesterol levels and protects against free radicals, is also especially sensitive to oxygen and light.

Refrigerating produce slows down the process of nutrition degradation, although the rate at which nutritional value is lost varies from one product to the next.

In 2007, Diane Barrett, a former food science and technology researcher at the University of California, Davis, reviewed numerous studies looking into the nutritional content of fresh, frozen and tinned fruits and vegetables. She found that spinach, for example, loses 100% of its vitamin C content in seven days if stored at a room temperature of 20C (68F); it loses 75% if refrigerated. But carrots, by contrast, only lose 27% of their vitamin C content when stored for a week at room temperature. 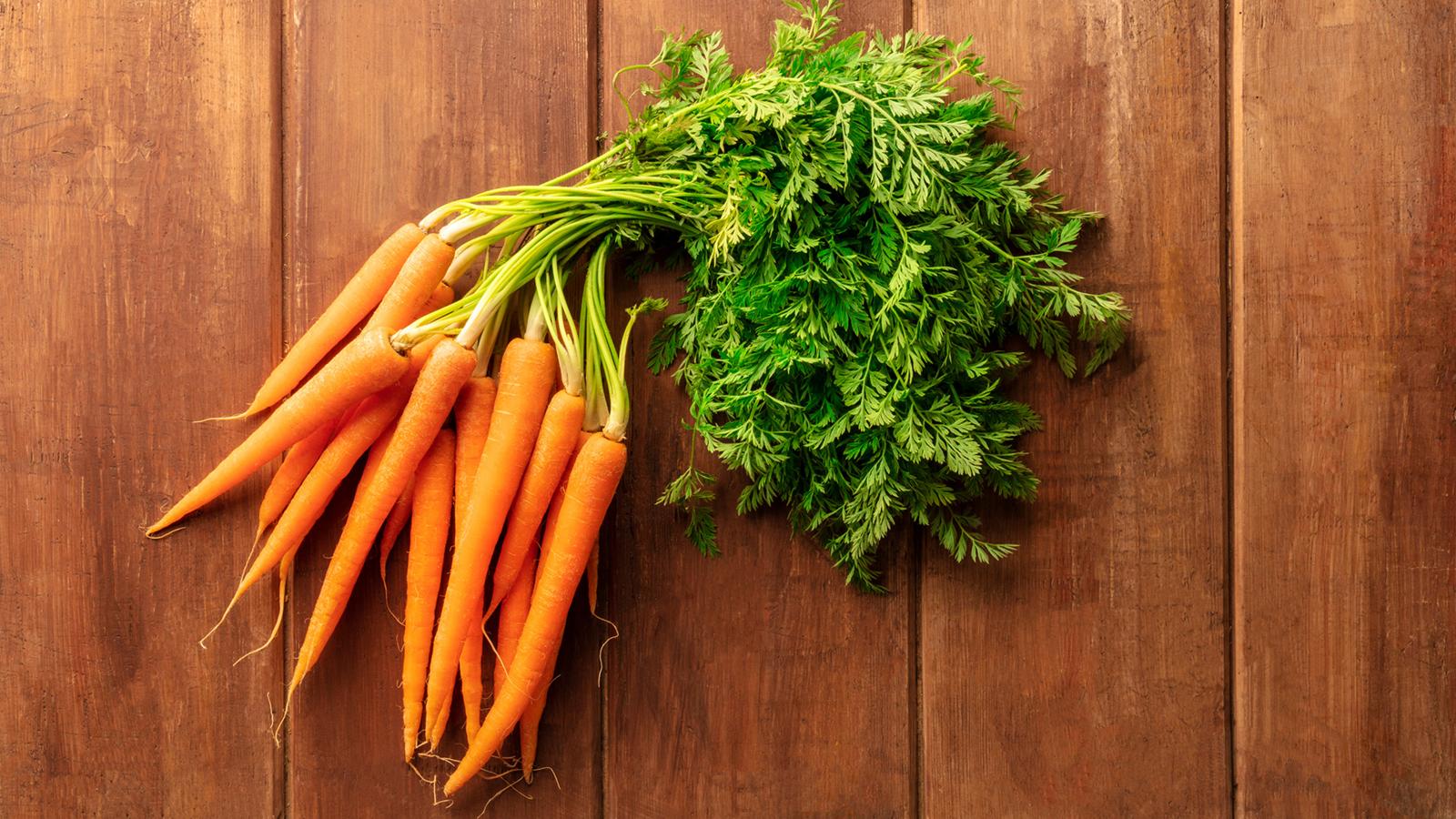 Carrots lose 27% of their vitamin C when stored at room temperature – but that’s much better than other kinds of produce (Credit: Getty Images)

“Spinach is very thin, so there’s more loss of moisture and exposure to heat and oxygen compared to, say a carrot, which is denser,” says Barrett.

But all other vegetables in Barrett’s research lost significantly less vitamin C when they were frozen. That included spinach, which only lost 30% of its vitamin C when frozen.

This is because freezing pauses the process of oxidisation, which is one reason that produce can start to turn brown after being harvested.

Freezing produce on a mass scale is a relatively new innovation for the food industry.

Take the humble frozen pea. Today, the pea can be harvested, transported to a factory, washed, blanched and frozen in just over two hours. In the 1970s, it would have taken days.

“Compare that [timescale] to fresh vegetables – most of which are harvested, sent to a packing plant, packed, graded, shipped to retailers, then put in the consumer baskets,” says Richard Harrow, chief executive of the British Frozen Food Federation, the frozen food sector’s trade association in the UK. “About 99% of time, this process takes longer than the time taken to harvest, process and freeze peas.” 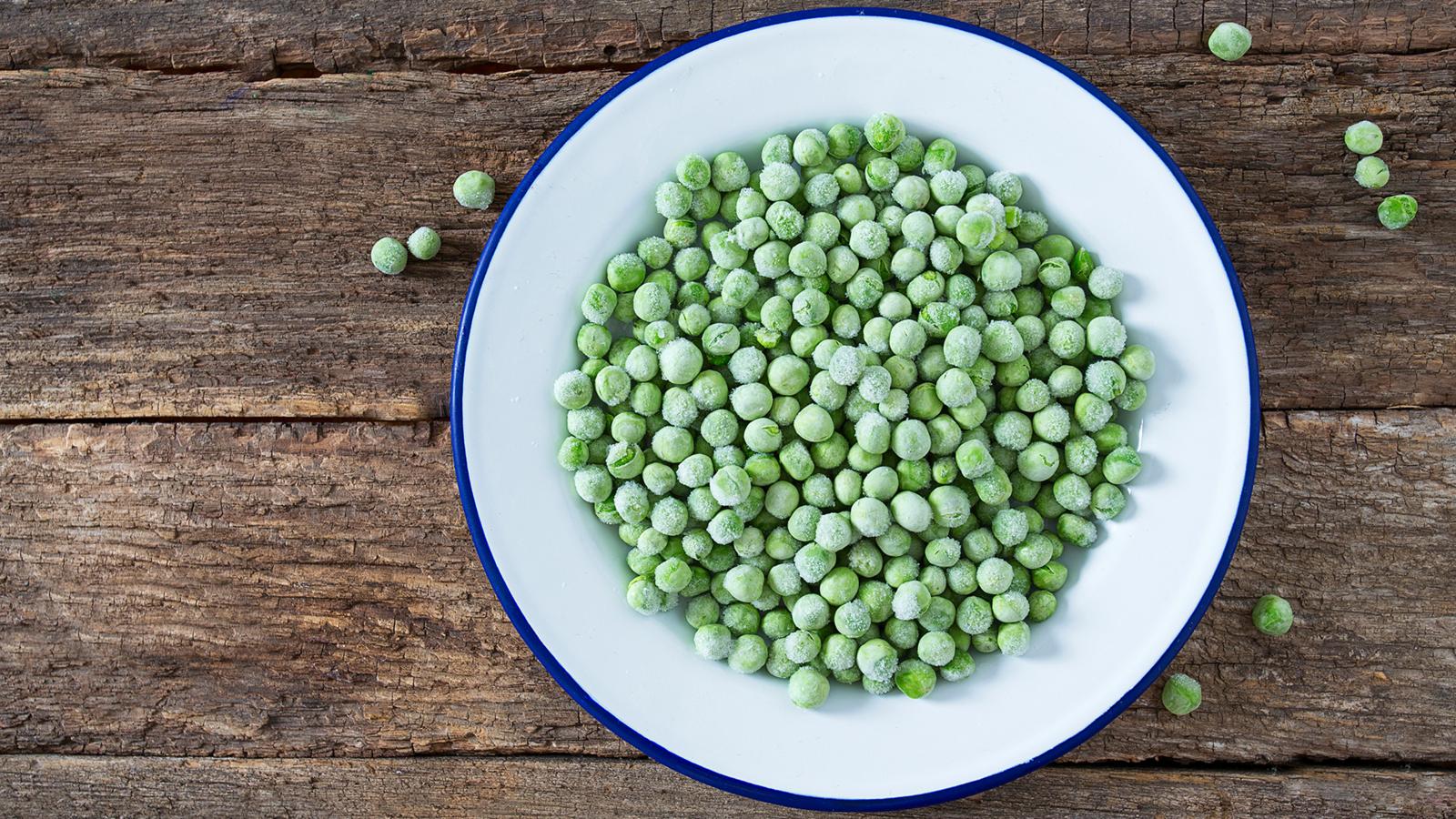 Speed is crucial in the frozen food industry: as soon as produce is taken from the ground, it’s a nutritional race against time. Technological innovation has shortened the process of freezing foods over the last few decades, including peas, which are individually quick frozen, Harrow says, using a metal trough that opens at both ends and has a grate on the bottom. Underneath the trough, high-speed fans blow cold air up towards peas, which are “suspended in a cushion of air”. They’re then placed in cold storage until they’re put into packaging. Most other vegetables follow a similar process.

There’s an important caveat. Before produce is frozen, it’s blanched, which involves heating the food up for a few minutes at high temperatures. This is to inactivate unwanted enzymes that work to degrade texture and colour during frozen storage, Barrett says.

However, this nutritional loss pales in comparison to the amount of heat that produce is exposed to when it’s tinned. The more intense heat treatment used on food that’s destined for a metal can shows a greater reduction in nutrients than frozen food, Barrett says.

But as with fresh food, different nutrients in different kinds of produce degrade at different rates.

Foods with more vitamin E and A, however, which are found in high amounts in canned carrots and tomatoes, fared much better during heat treatment.

But canned food can also have some less desirable contents.

“While there’s no reason to be worried about using frozen or canned food, there’s a preference for frozen because of the amount of added salt [in canned], and some canned fruits have added sugar,” says Hachem. 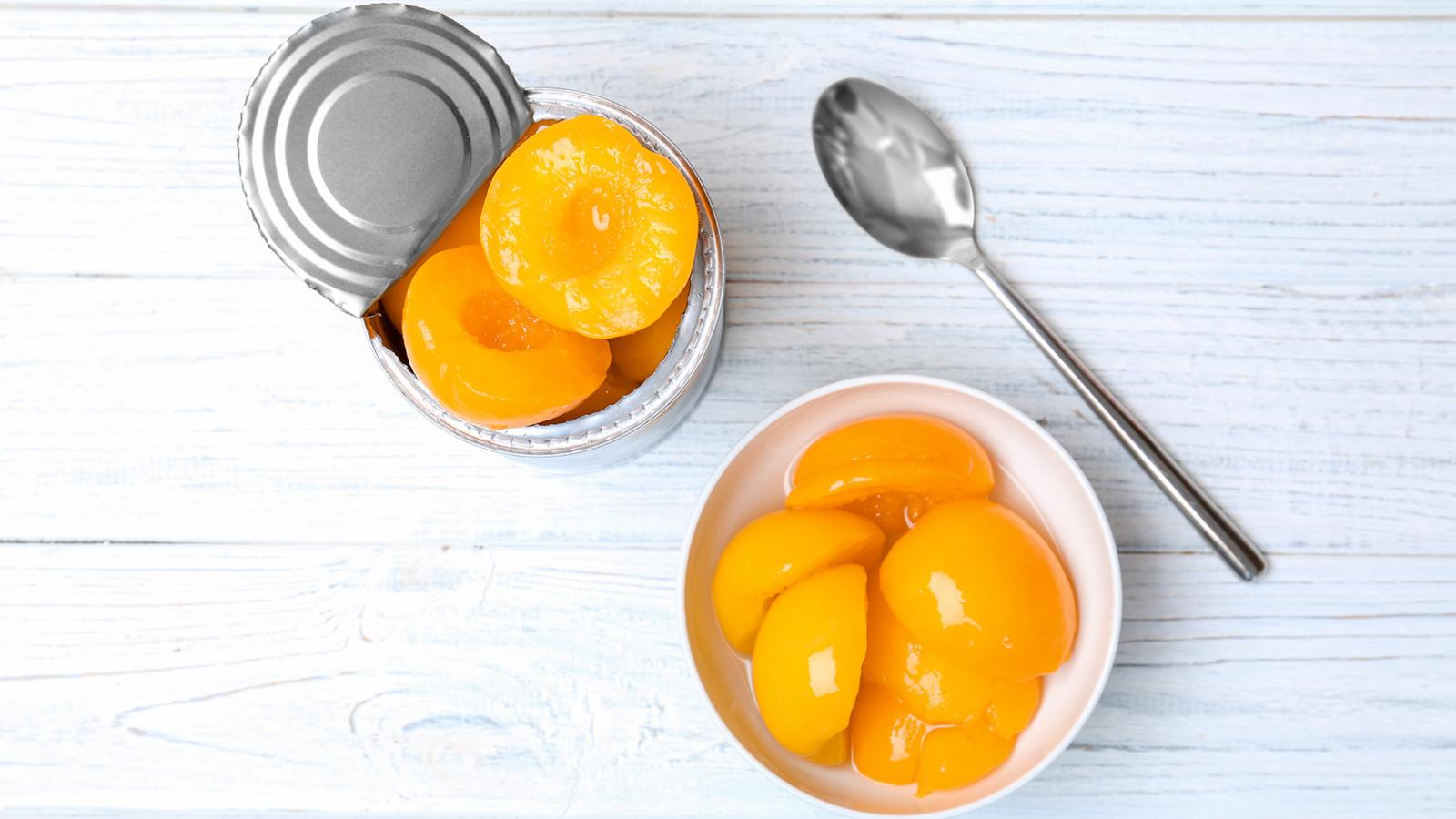 Still, canning also can improve the safety of foods, particularly those prone to harbouring pathogens.

“The good thing about canned foods is the process used to sterilise them,” says Barrett. “It results in greater nutrient loss, but once the produce is in the can it can be pretty stable for years, and you can be sure it’s safe because it’s gone through a process that kills all microorganisms.”

What’s most important is to have a diverse diet, says Hachem, which, a lot of time, requires a variety of fresh, frozen and canned.

“You can have a balanced meal by cooking vegetables from frozen or in a can, but this doesn’t replace the importance of having fresh salads,” Hachem says.

“The problem with the lockdown is how to ensure fruit and vegetables retain their maximum nutrient value in light of the fact we’re advised to shop only once per week.

“If we can manage one salad on a daily basis, with cooking from frozen or canned, we’re not risking nutritional intake – on the contrary, it’s a good way of diversifying.”

Some experts also advise that buying local and organic also help ensure the fresh fruit and vegetables on your plate are as nutritious as possible. A number of studies have found that the content of phenolics – healthy compounds found in high amounts in red wine and tea – is higher in organic crops than conventionally grown ones.

There isn’t enough research to know for certain why this is, but it could be because organic crop systems don’t use pesticides. In order to survive, Barrett says, organic crops produce more phenolic compounds, which repel insects and disease more than conventional crops.

But buying local and organic, like buying fresh, isn’t something that everyone is able to do – especially now.

“You should eat fruit and vegetables whether they’re fresh, frozen or canned, or dried or fermented; any one of these forms is nutritious,” says Barrett.

“The most important thing is to not stop eating fruit and vegetables.”

If you liked this story, sign up for the weekly bbc.com features newsletter, called “The Essential List”. A handpicked selection of stories from BBC Future, Culture, Worklife, and Travel, delivered to your inbox every Friday.